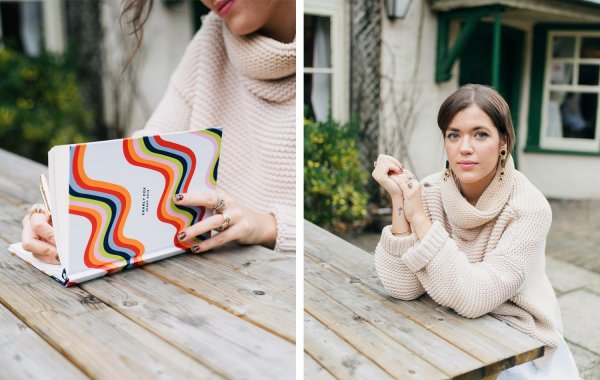 There’s many reasons why writers first put pen to paper. For some, it’s to escape reality, while for the more egotistical, it may be to prove how clever they are. For 23-year-old poet Charly Cox it was to scribble awful poems (her words) about boys she fancied in her homework diaries. As she grew through adolescence, these schoolbook scribblings took on a more vital role. They evolved into a means for her to express the difficult and ever-changing mental swells that she was experiencing. 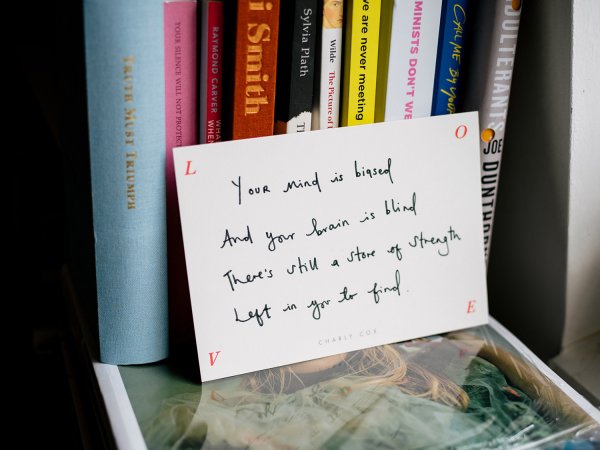 “It became an incredible therapy, whenever I was in the throes of something I couldn’t quite articulate verbally, I could just splutter it out in an abstract way and see if I could find any sense in it,” says Charly. “Having something tangible to put to something so deeply intangible undoubtedly makes you feel less insane.”

Far from being insane, Charly has given a voice to coming-of-age experiences that many young women can relate to but perhaps had previously felt were not shared – be it their relationship with their bodies or issues with mental health. Charly’s openness in talking about these feelings, as well as her own personal experiences of living with bipolar, are heart-rendingly and humorously laid bare in her debut poetry and prose collection She Must Be Mad. 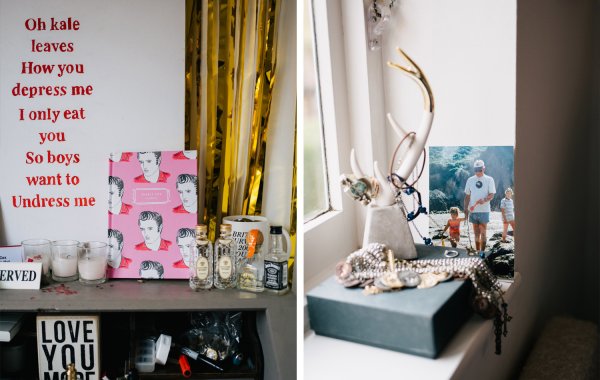 Despite Charly’s early start penning verse, she took a roundabout, and very modern, path to becoming a published poet. Working full-time as a digital producer, she kept her poems private until the beginning of 2017. “I’d spent so many years loving producing but the stress smacked me all at once and I didn’t feel as creatively satisfied or in control as I’d liked to have been. I was talking to a friend about it and he said, ‘you’re always writing poems, why don’t you do something with them?’”

So Charly did. She set herself the challenge of writing a new poem every day for a month and posting it online. Something which meant forcing her way past her self-doubts. “I think I was apprehensive, a little worried that they were just bourgeois brain farts. Maybe they are!” They most definitely are not; her poems quickly found a very grateful audience on her Instagram – receptive to the honesty and laugh-out-loud wit that Charly brings to her thoughts and tales of drunken nights out, hiding in the toilets at parties and the darker moments of battling with negative mental states. All with a strong sense of hope – things will be ok for Charly, and the reader who finds it painfully relatable. It wasn’t long before she had a book deal.

Many young women have told Charly how her poetry has made an important connection to them. Did Charly expect her words to have had quite the effect on others as they have? “Yes and no,” she says. “Yes, in a sense that I often struggle to get my head around the thought of other people reading it and hearing it in their own voice and feel it come from the same place I ripped it. No, in that the most personal, bizarrely, is also often the most universal.”

When the book was published, Charly hoped that it would reach out a hand to those who were affected from the same self-doubts as she was. “I know how goddamn hard it is to feel as though you’re suffering in silence and that no one else has ever had the thoughts and feelings of a mental illness and wanted to show other people in a similar situation that they weren’t alone with it.”

If Charly’s writing has helped others, it has been equally beneficial to her. As well as being therapeutic, she thinks it helped diagnose her bipolar. “I used to take poems and scrawlings to my GP as a form of evidence. It was easier to pass over a piece of paper than it often was to look someone in the eye and try and explain pain or mania. It’s a great document of times that you might forget or push to forget and so often they’re incredibly important to look back on to either grow or decipher something much bigger. It’s never really been a thing of escape but more of a thing of trying to become better connected to my present self.”

Some poems in She Must Be Mad are from Charly’s schoolbook scribblings and things she wrote just after, between the ages of 15-18. Now she’s older, and the poems she first wrote in secret as a form of private therapy have been published to the acclaim of critics and readers, she is able to look back and have a clearer view of the journey she’s taken as a writer and as a person.

“I was so, so desperately sad and confused when I was writing. I’m still sad and confused now, less so, more manageably so, but my writing takes a different form. I try and look a little further out now, I’m more interested in my surroundings than I was back then. Hopefully, that’s a sign of some kind of growth!”

For Charly, there’s a clear answer when she’s asked to offer advice to others struggling with their mental health: “Write! Write some more! Document it to a point where you feel uncomfortable. The rewards don’t come from the sharing, they come from expelling stuff that is usually so enmeshed within you that you often might not realise it. It’s so helpful to have a record of how you feel or once felt so you can either get rid of it entirely or reflect back on it.”